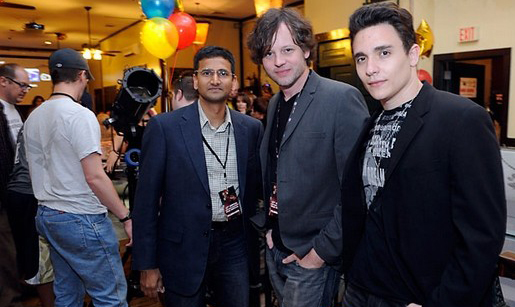 The 2013 Cape Fear Independent Film Festival boasts 4 sold out screenings and standing room only at the Wilmington Film Awards.  It was another year of fantastic films and gala events. The festival is proving once again that even in a down economy, people love movies and they continue to push the limitations of the venues. 2013 Festival Director, Rich Gehron says he will work with 2014 Director and festival committee to plan for overflow and last minute Encore Screenings. The festival is also making plans to provide multiple screening opportunities for local films. “We had too many people turned away from the Regional Showcase”, says Gehron. “Even though the Browncoat allowed us to squeeze in a secondary screening the next day, it was so last minute that some people couldn’t make that one either. We will definitely be addressing this for next year.”   2014 Festival Director Joyce Fernando is also looking into a larger venue for the Wilmington Film Awards which also say record attendance.  Pictured is Aravind Ragupathi, Rob Underhill and Christopher Marrone who walked away with Best Drama for THE CARRINGTON EVENT.